Keep calm and carry on: Dealing with no running

I haven’t blogged in a couple of weeks after a visit to the doctors resulted in no running allowed for 2 weeks.

Apparently I have strained a ligament so was told to rest. After some searching on t’internet it seems I may have upset my Iliotibial Band so I have been doing a lot of particular stretches in order to sort it out.

For me, running is about getting some time alone with my thoughts to relieve stress in addition to getting fitter.

So being told that I wasn’t allowed to run immediately put me on edge and wondering what I can do to keep myself sane.

Here I am with one day to go before I can head out for a short steady run to see whether or not the rest has worked. So what have I been doing to keep my stress levels down and grumpiness at bay: 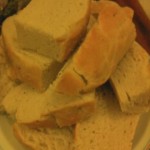 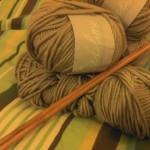 and sorting out the junk I have amassed to sell on ebay. I feel I have come through it relatively unscathed but I am praying that rest and stretching has worked its magic.

Will let you know how I get on.

What would you do to keep yourself sane if running was temporarily not allowed?

This entry was posted in MusingsandMadness, Running. Bookmark the permalink.

2 Responses to Keep calm and carry on: Dealing with no running